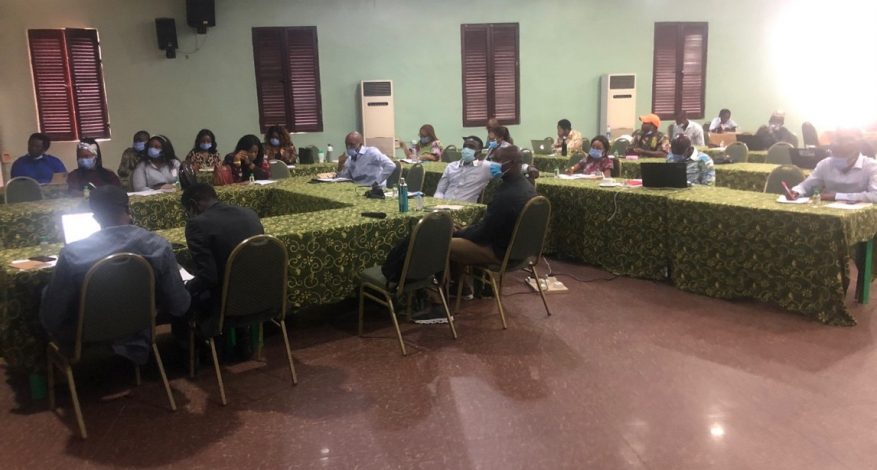 On the 9th and 10th of February 2021, We the People and Partners organized a 2- Workshop to examine the impacts of climate change on food security in Southern Nigeria.

Since at least 2012, several communities in the Niger Delta especially those lying around or bordered by rivers, have experienced annual floods that overwhelm massive part of their communities with alarming impacts. The first serious floods that broke with known patterns of minimal sea level rises along rivers in southern Nigeria occurred in 2012. In that year, whole communities were submerged, an entire farming season was lost, properties valued at billions of naira were lost and several persons lost their lives. In Rivers state for example, that year’s flood was described as the most serious in recorded history. Since then, flooding has become an expected occurrence every year. Without doubt, the floods have exposed citizens to tremendous pressures, disarticulations and negative impacts. For instance, during the floods, members of affected communities who are predominantly fisherfolks and farmers are forced to abandon their livelihood sources and exist without income for months. Similarly, the floods erode farmlands and destroy entire season of food crop production. This has greatly threatened food security in the area.

These and more are direct effects of climate change on food sustainability communities in southern Nigeria. Other effects are evident in the form of increases in temperature which is seriously affecting livestock production, changing patterns of rainfall which is distorting rotational farming systems, regular rises in sea levels which is degrading the quality of farmlands, loss of biodiversity, etc.

Despite the threat of these climate change impacts on food security, there has not been any significant effort by governments at the national or subnational level to address them in any significant manner. Even worse is the fact that not much comprehensive work has been done in this regard by civil society organizations, the media and the academia.

The workshop brought together different critical actors in the civil society, academic and community spaces to discuss the emerging threats to food security intensely and to identify strategies for advocacy around adaptation and mitigation measures.

Lead presenters at the event included Ken Henshaw of We the People, Nnimmo Bassey of Health of Mother Earth Foundation, Dr. Irikefe Dafe of the River Ethiope Trust Foundation, Dr. Raphael Offiong of the University of Calabar, among others.

At the workshop, shared strategies for responding to food security challenges occasioned by climate change were developed, as well as the establishment of a community of practice around climate change advocacy in Nigeria.