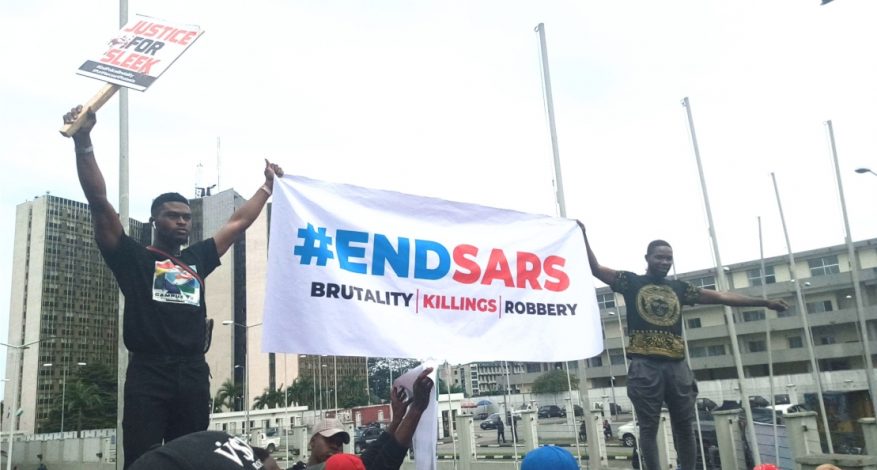 State Level Panels of Inquiry Must be Inclusive and Objective

Following the nationwide #EndSARS protests which has forced the federal and some state governments to re-assess their responsibility of ensuring that law enforcement officers operate within established rules; and that atrocities committed by those tasked to protect are accounted for, different levels of government have established frameworks for investigative processes. Several states have established Panels of Inquiry with the overall purposes of receiving petitions and testimonies from members of the public regarding issues of police brutality.

While we commend the various governments that have taken this step for finally bending to the pressure of demands to work towards ending Police brutality, We the People is nonetheless concerned that the composition of the various state Panels of Inquiry could seriously undermine the process.

We the People notes that the manner some of the panels have been established deflects from their real purpose and may not achieve the expected outcomes. For instance, we note that in Cross River state, the Panel is without any civil society actors or any participant of the EndSars campaign. The 7-man Panel set up by Governor Ben Ayade of Cross River state has 3 current appointees of the government including a serving special adviser, 1 serving High Court Judge, 1 retired judge and two private businessmen. It is shocking that the government did not deem it appropriate to include any person from the group of agitators or civil society. Similar concerns have been raised about the composition of the Panels of Inquiry in other states too.

According to the Executive Director of We the People, Ken Henshaw “the decision of state governments in proceeding to set up Panels of Inquiry to investigate complains of Police brutality with the membership of civil society organizations or persons from the End Sars movement is unfortunate and sad. Deciding on the contrary to staff the Panels with known friends of the government and former and serving government functionaries only ensures that the inquiries defer to the position of the state governments and achieves only preordained outcomes. We are concerned that the level of independence required to ensure the credibility, objectivity and efficiency of the panels may already have been lost”.

The fact that governors have opted to threaten this very important processes through their decision to appoint cronies and friends into the panels indicate that they have still not come to terms with the need and concerns of Nigerians for an end to law enforcement brutality and justice for atrocities committed.

Another source of concern for us and indeed for the majority of Nigerians is the fact that in the terms of reference of some of the states, the assignment has been limited to investigating petitions specifically related to infringements committed by SARS. This occurrence is widespread despite the fact that the recommendations of the federal government requires that the process covers all units of the police. We are concerned that limiting the process to SARS only shuts out an opportunity to address a broad range of abuses by the entire Nigeria police.

It is also important to mention that governments at the federal and state levels in Nigeria have a lousy record when it comes to the implementation of reports of Panels of Inquiry. Scores of reports emanating from similar panels all over the country have never been acted upon. We the People hereby expresses the strong hope that as it relates to the current panels of inquiry, the government will ensure that thorough investigations are carried out, and that those found to have acted wrongly are indicted and subsequently prosecuted.

We the People and its partners will be establishing support centres in some states to provide backup services for people who intend to develop petitions to the Panels of Inquiry. We shall also be closely monitoring the engagements and activities of the Panels to ensure that they follow established processes as well as internationally recognized standards.

Executive Director, We the People